Posted on September 23, 2014 by FinancialUAE

I’m not one for scaremongering, but for once there is a genuine deadline to take action for people in certain UK pension arrangements. If you are an expat with a UK occupational pension, often known as a Final Salary scheme, then you need to be aware of these changes. 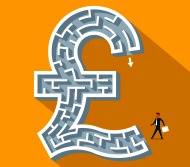 There are new pension rules due to come into effect in April 2015 that will have a potentially large impact on many expats as well as those who plan to retire abroad. In short, the new rules will prevent people in unfunded public pension schemes such as the police, NHS workers, teachers, local government employees or the military from transferring to an overseas pension arrangement. Such a transfer is not suitable for everyone, but if your intention is to live outside of the UK in retirement, then you could well lose out.

All UK pensions have tax deducted at source when in payment, so even if you are living abroad and not subject to UK tax, not only will you be taxed on the pension income, you will also be at the mercy of exchange rates when it comes to the pension being paid to you.

There has been a fair bit of publicity about occupational pension schemes, but this issue has

been largely overlooked by the UK press as it is not relevant to the majority of UK residents. I want to stress that a transfer to an overseas pension arrangement, the oddly named QROPS (Qualifying Recognised Overseas Pension Scheme) is not for everyone as it very much depends in the individual’s personal circumstances and means giving up certain guaranteed offered by the occupational schemes, but there are many situations when it makes sense to take this route.

This option should be of particular interest to anyone who has worked in the UK for a few years and accrued any pension benefits without a plan to return or retire to the UK. There are also other options for people who want to take control of their own retirement funds.

Before any changes are made it is important to assess not only current circumstances and future plans, but also potential tax positions and appetite for risk in the context of someone’s full financial situation.

Other occupational schemes, whether Final Salary (also known as Defined Benefit) or based on contributions, as well as all other personal pensions, will be unaffected by this particular changes in April, but many UK occupational schemes are operating with worrying deficit levels and should also be reviewed. Whilst the Pension Protection Fund is in operation, it only offers partial protection and limits access, so should not be relied upon as a backup.

Any QROPS should be set up in a secure, tax efficient jurisdiction, but a transfer doesn’t necessarily mean there is no contact with HMRC. Certain rules still apply to offshore schemes, especially when taking benefits, and breaking them can lead to a huge tax penalty. They can be a highly tax efficient way to manage a pension, but must be set up and managed properly.

QROPS have obvious tax benefits, especially if the pension is transferred to a lower tax environment, and gives the option to choose to have your pension income is paid in the currency of the country you live in, which removes currency risk.

take their entire pension fund as a lump sum, although only the first 25% would be tax-free and the remainder would be taxed at the individual’s marginal rate. There are concerns that pension funds could be used up to quickly and pensioners would then have to rely on the state, putting a further drain on an already pressured system.

If you have benefits in a UK pension scheme and would like to look at your options then please contact me for a no obligation review. Whilst April 2015 may sound a long way off the administrators of occupational pension schemes, particularly public sector ones, are usually slow in responding to requests for information and then effecting the transfers so it is important not to delay.

A qualified and experienced Independent Financial Adviser based in Dubai, UAE. Professional and ethical. Freelance writer on personal financial issues & the On Your Side column in The National. Weekly co-host in Capital Radio UAE. Senior Partner at Holborn Assets LLC, Dubai, UAE.
View all posts by FinancialUAE →
This entry was posted in Pension and tagged British Expats, expat pensions, financial advice Dubai, QROPS, UK pension, UK tax. Bookmark the permalink.